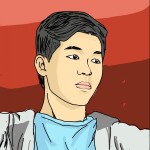 Based on Karel A. Steenbrinks research, on terminology, explained that if Islamic boarding school education seen from form and system, it came from India. Before spreading Islam in Indonesia, the system have applied for Hindus education. The different between Islamic education and Hindus education is education of grassroots in society. Islamic boarding school is understandable and applicable education, and also cultural maintenance based on Islam. It is the characteristic of Islamic Indonesian Archipelago.