Justisia.com
Beranda Mild English Article The Codes of Universe: A Critical Essay to The Knowledge and Stephen... 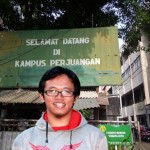 Science has an empirical character of the object, the positivistic paradigm, scientific method and its size is the logical and empirical evidence. During an empirical knowledge is assessed and demonstrable to the senses, the human knowledge is considered to be science. Science can be regarded as the human branch of philosophy in acquiring knowledge, but then science is specifically declared itself as a separate branch of knowledge using the parameters of empiricism, logical, and must be proved by the senses.

In contrast to science, philosophy has a character of the object of abstract-logical, logical paradigms, methods and the size ratio is logical. As far as the human mind in search of the universe secrets is logical and illogical to the human mind, it is said to be philosophy. Philosophy is still abstract because the truth cannot be proven empirically.

While the mystical method, looking for the true arguments of life using an abstract object and supralogis. This concept uses the paradigm of mystical, mystical training methods and the truth can only be measured using a sense, the belief, sometimes empirical. Mystical method is considered a primitive method, and are often shunned by scientists. This concept is identical to the religious in obtaining the truth.

If withdrawn within three major themes, then how to obtain the truth can be divided into three major themes, those are philosophy (reason), science (sense) and religion (heart). For the historical development of human thought, the three major themes also color the birth of scientists paradigm, such as materialism, empiricism, pragmatism, existentialism, scientism, rationalism, and so on.

For example, scientist Stephen Hawking who was originally in the earlier work, he still uses the concept of God as a creation of the universe, now in his book, The Grand Design, he argued that the creation of the universe does not require divine intervention, but purely from natural mechanisms that can create its own universe. That concept is breaking the human’s belief who believe in God as the creator of universe. This concept seemed to hit and negated the mystical paradigm (heart) in achieving a truth.

What the Hawking done, is a reasonable action because the figures of history of philosophy have done something same in searching of truth. Starting from the ancient Greek period, which was won by the heart paradigm (mythical, supernatural), then the sophism defeated them by reason (ratio), followed by the emergence of the church’s authority in absolute heart (faith) and the emerging of renaissance try to break hearts with a sense and more advanced science (empiricism).

From the description above, it can be concluded that heart and mind always contested by the human in the searching of truth. Both of them have their philosophical foundation. For the materialist, supernatural and mystic things was not true and will never exist. While mysticism people do not justify that objects are considered only material things alone. Each has its truth claims.

The secret of universe

I think the universe has no definite and absolute concept. Scientists race to find the secrets of the universe with each concept. But please note, to seek knowledge about the universe can not use just one concept: only the concept of heart, mind, or senses. But to seek the truth must recognize other opportunities.

There are still many weaknesses that science has to offer, so it can respond essentially to reveal the truth of the universe. For example, materialism argues that people and objects in the universe is only matter. He does not recognize the immaterial things in human’s existence. According to materialism, human and the universe are just material things.

This paradigm is wrong. For people who have a clear mind and heart are very different from inanimate objects. Paradigm of materialism is also wrong in the negated supernatural powers of nature. Masaru Emoto in The True Power of Water, has been finding things that are supernatural in the water. Water can respond to the behaviors that they do. Water can be sad, angry, and happy. This as evidence that materialism could not touch the supernatural regions that can not be understood in a materialism. Masaru Emoto’s discovery also shows that for a long time, supernatural mysticismwhich is considered contrary to the philosophy and science, appeared to have common ground.

The codes of universe

Philosophy and science will be able to achieve perfection in the search for the truth if they want to open up the possibility of other methods in the search for truth, namely mistism: supernatural. According to Syafruddin Rifa’ie (commonly called Sarung), the ancient physician used the power of  heart in searching of herbal medicines from plants. Physicians asked to plant, and plants answered that itself could heal something. Such mechanism is very logical if science could find those facts empirically. If water alone can feel happy and angry, what about the plants that have the more complex elements? Very logical, isn’t it?

The things that seem to be linked between science and the supernatural is the concept of de ja vu. Dr. Michio Kaku explains that the experience of de ja vu is a world parallel to our window, which I think it relates to space and time. Current concepts about the secrets of the universe and life began to be solved. Although the use of the method is science, but recent research is showing symptoms that relate to things that are supernatural, can not be understood only with aspects of rationalism, materialism, but it forms a complex unity.

Stephen Hawking in his book, The Grand Design, also does not realize that there are possibilities that are not realized in revealing the mysteries of the universe. The Universe is full of mysteries that are not only understood by the concept of philosophy or science, but the heart–mystical concept can also uncover the mysteries of the truth of the universe, though to rationalize the findings of the heart–mystical concept can not be logically accepted. Hawking did not realize that God (read: Grand Designer) is also logical in creating the universe. God creates the universe with a logical mechanism and in accordance with the laws of nature as described in science. It means, the scientists do not give a claim after they could explain a concept that can be accepted by science and reason and negates God as the grand designer of the universe. This concept is wrong.

Proved in the concept of universe creation, Big Bang, which is considered the most advanced and logical in finding the secret veil of the creation of the universe, then shifted to the Hawking’s theory of gravity. That means, there is the possibility of Hawking’s concept will be shifted to other concepts are more advanced. Thus the development of science, no end in revealing secrets of the universe, which is always changing concept. Because his life, the universe can not be judged by a single concept. Universe save the millions, even the countless of secret code of perfect truth,  and human can not reveal the secret of universe only one concept.

The codes and reality of truth

Therefore, knowledge can be discovered by any concepts. Philosophy could be true, it could be wrong, as well as science and mysticism: contain all the concepts of truth, can also contain errors. Sometimes science have common ground with the philosophy, the philosophy sometimes have common ground with the mystical, sometimes contradictory. All efforts were right in their own paradigm, but the conception of absolute truth can be achieved by any knowledges, and what scientists have found is just one of billions of secret codes of the universe. [justisia copy right]

*) This scientific paper is published by Institute for Justisia Studies, June, 25 2012